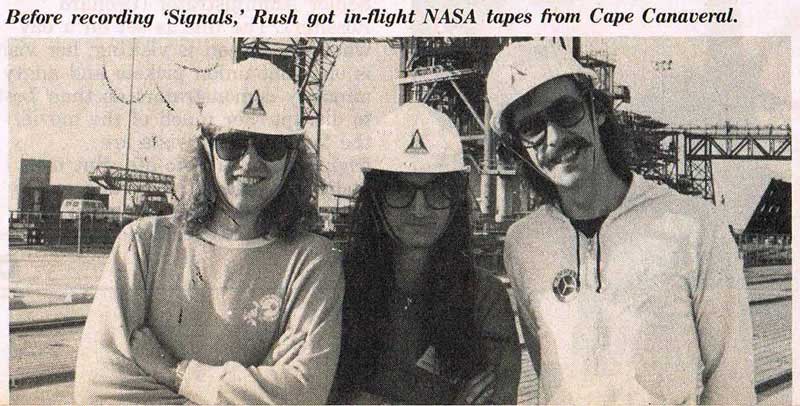 Rush's "Countdown," a song from Signals that portrays a rocket ship takeoff, has proven to be no mere sound-effects library production.

"We kept in touch, and they invited us to come down to the launch of the Columbia shuttle" (in April 1981). When the time came to wax "Countdown," Rush just called the spacemen, who provided authentic flight recordings for use on the track.