Rush: They Are What They Are 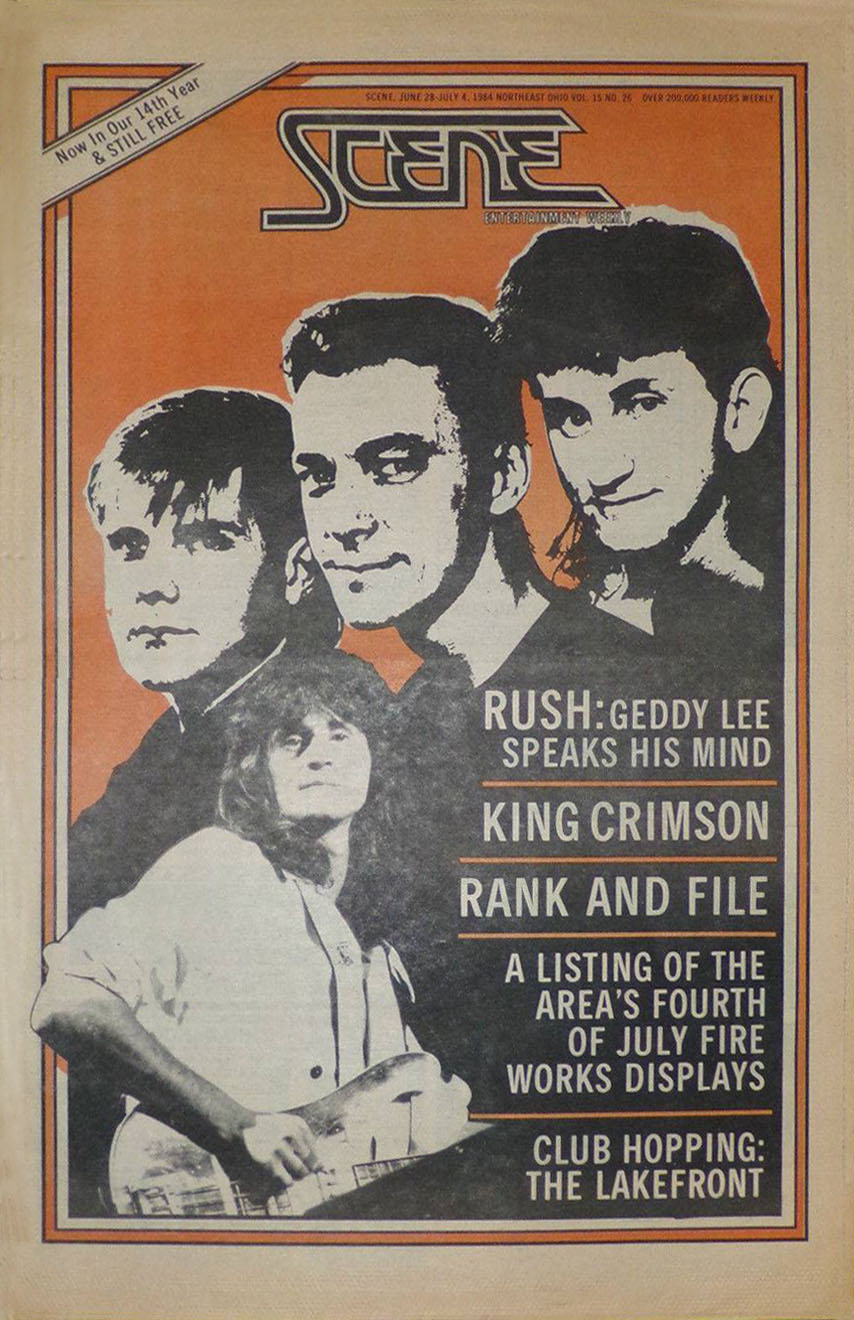 Many an adjective has been applied to Rush down through the years, but one word you'll never hear used to describe the Canadian trio is "sentimental." Were sentimentality a part of their makeup, the band would certainly have found a way to capitalize on the fact that 1984 marks its tenth year as a recording unit and fifteenth year in operation. Instead, the milestone will go largely unnoticed, unless you'd like to consider the annual Rush tour and album release (Grace Under Pressure) a cause for celebration. Many, of course, will.

So have things become any easier after a decade? Replies Geddy Lee, Rush's eloquent vocalist bassist, "One would think so. But it doesn't because our expectations are higher. In the early days, we had so much to learn that it seemed we were improving by leaps and bounds. But after being together for so long, our goals are a little less tangible, and as a result, harder to achieve. Recording an album is a much more intense experience than it was five years ago, even though the actual physical playing is easier.

"At the end of a recording session, I have never felt like, 'Man, we've done it!' I've never been one hundred per cent satisfied. By the time of completion, we're so close to the material that it's impossible to form an objective viewpoint, especially after spending four months in a studio with the same songs."

In an attempt to rectify that situation, Rush brought in Peter Henderson, a "classic English engineer" who produced the last four Supertramp albums. It was a major move for so insular a group, but by no means a threatening one. "Henderson was very helpful, a very hard worker. His input made it possible for us to feel that we were actually taking control for the first time, like all the decisions were ours. The bottom line was that Grace Under Pressure was more of a Rush-produced album because the responsibility was on our shoulders.

"The main problem was that we had tried so many different experiments the last few years that we lost sight of an essential Rush sound. We needed to regain our confidence and get back to that main thrust, hence, Henderson. And we had to put our priorities back in line, which affected the focus of the guitar. Alex (Lifeson) was pretty happy about that. On Signals, he thought there was more he could be adding. He demanded equal time, so to speak."

The take-charge attitude also affected Neil Peart's (Rush's percussionist) lyrics, which took the form of more direct messages. "Our specific inspiration for Grace Under Pressure was life," states Lee. "What we were going through and what the world was going through during the writing of this album. Neil's lyrics are increasingly more precise as he improves as a lyricist. Whatever he says is now easier to grasp. Our subject matter is more topical than in the past, too.

"Basically, what we're trying to say is what Thomas Edison said many years ago: 'What man's mind can conceive, man's character must control.' Technology is great, but you have to have the character to control it for a good purpose. If there's some communication in that, then that's great. There's nothing wrong with a good love song, but you have to write about what feels natural. We are what we are."

The connection between Rush and technology is definitely a strong one. Lee once commented on these pages how musical technology is changing so rapidly that it alters the band's sound from year to year. It's a fact of life that he constantly struggles to keep in check. "Rush is a pro-technology band. The advent of digital synthesizers has placed a new sound at our fingertips. The smallest sound can change the immediate expression of a piece. But the essence of a band must remain the same. Whatever technology that's added is like putting different clothes on the same people.

"Right now, I'm using what is called a PPG Digital Synthesizer, which enables me to sample any kind of sound from a pot banging to a violin, program it into the memory of the synthesizer and play around until an entirely new sound emerges that can be reproduced in any key.

"The hard part, though, is to use restraint so it doesn't totally overwhelm the soul of the music. It's a real temptation once you get your hands on that equipment, too. We recorded twice as much material as we needed for Grace. But we ended up using lesser synthesizer sounds than we had started with."

Rush on record may have changed from LP to LP, but the heavy metal classification has not, a matter which tends to irk Geddy no end. "We've always regarded ourselves as a hard-rock band in the style of the Who, Led Zeppelin or Cream. We never wanted to be thought of as a heavy metal band, which is what ended up happening. When you talk about heavy metal today, a certain image comes to mind which I don't feel we have much in common with. But I guess we have more in common with metal bands than with other bands.

"What makes the classification incorrect is that we've continuously blended different styles with our own version of hard rock. In the seventies, we incorporated progressive English rock - very long pieces. In the eighties, it's the rhythmic synthesizer-oriented groups that influence us. We have a definite sound, but it defies categorization."

Finally, Lee is asked to reflect on the toll the years have taken. After all, this is a band that only recently reduced its touring schedule from a grueling nine months a year to a mere twenty weeks. "There are many aspects of this business that get very tiring," confesses Lee. "But the truth is that we're a band and we love to play. The road can get exhausting, but it's a part of the profession we've chosen. People frequently ask me, 'Well, you've got all this money now. Why do you still bother to tour?' The money doesn't have anything to do with it. We toured when we were poor. Why shouldn't we do it now? Most people have the impression that rock musicians work only until they have enough money to sit back and do nothing. I would find that really boring. What Rush does now is what Rush intends to do for a lifetime."